Can Listening to Music Improve Your Workout?

Intensity and focus are important aspects of exercise. Music can help you achieve both while exercising. Research has shown that music may enhance your endurance, strength, power output, and even reduce anxiety levels.

Exercise also increases endorphin levels resulting in a ‘runner’s high’, but depending on how hard you push yourself it is possible to overtrain, which can leave you feeling fatigued and irritable. Listening to music can counteract this by releasing serotonin in the body making you feel uplifted. Especially when listening to fast tempo music like pop or dance music, your brain releases large amounts of dopamine with an associated feeling of euphoria which can result in a more enjoyable workout experience.

Music increases Efficiency of Your Brain

Music stimulates the part of the brain called the cerebellum, which controls the timing and coordination of movements. It also helps match the beat to a rhythm and encourages you to keep up with the music. Music can increase endurance by 15-30% depending on exercise intensity with some research indicating it has almost a placebo effect resulting in increased power output of up to 17%. 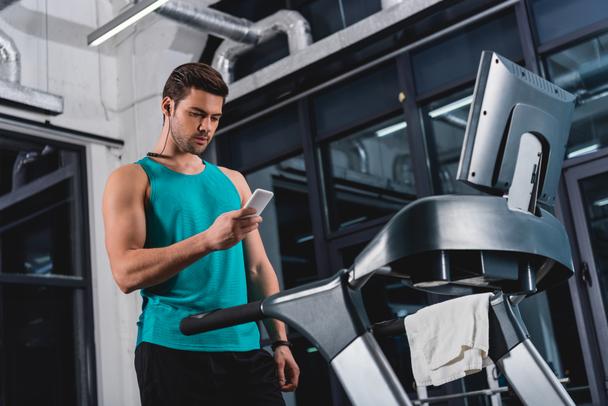 Music doesn’t just stimulate your brain it stimulates your body too. When listening to music during exercise the muscles contract faster, relax quicker, and are more elastic due to improved synchronization of nerve impulses between eardrums and muscles. This improves neuromuscular efficiency, making every rep count leading to better results when exercising. Studies have shown that music increases speed on sprint training by 4/100th of a second per song while improving running endurance by 5.5%.

Music may also help with fat loss while you exercise due to an increase in lipolysis (fat burning) and reduced levels of cortisone, a stress hormone released when your nervous system is activated during workouts. Furthermore, some research has shown that music releases endorphins which help the body deal with the pain while increasing testosterone releasing a ‘runner’s high’ feeling associated with exercise. Some studies have even found listening to music can reduce anxiety levels by reducing blood pressure and heart rate while increasing the efficiency of oxygen consumption during exercise, which means you will usually feel less breathless making it easier to keep up with the pace of the beat.

Research has shown that listening to pop or dance music particularly will have a positive effect on your exercise program because it will release serotonin resulting in a more enjoyable workout experience. If you are not an active person then listening to music is worth a try, always make sure you have space around you so if you get tired and need to stop for a rest or go home early you can do so without worrying about colliding with other people when working out.

Music has been shown to improve sports performance (including sprinting), reduce anxiety associated with workouts, aid fat loss during exercise, and increase endorphin levels post-training resulting in the feeling of a ‘runner’s high’. While this article focused mainly on physical improvements while exercising the same benefits also apply mentally; studies show that listening to music while studying can significantly enhance your memory. 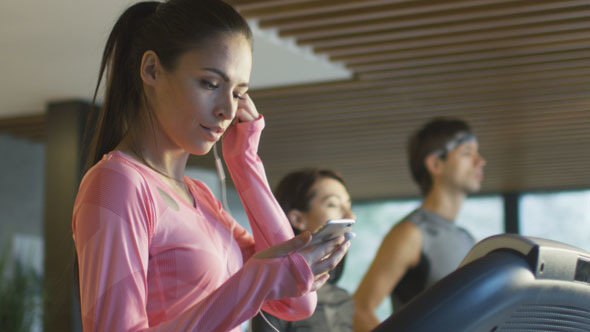 Do not listen to music that makes you want to stop running or exercising due to the beat/tempo of the music, what is important is that the rhythm matches your heart rate so slower tempo music is good on the cardio machines such as treadmills whereas faster tempos are better if your workout involves short bursts of activity interspersed with periods where you rest (for example body-weight exercises like burpees). As for gym-based weight training, I would always recommend adding a fast-paced song or two at one end of your playlist so if you start feeling tired and need a boost mid-workout it will be there to spur you on. Here, read information about the best treadmill under $500 to buy.

The important thing is that you enjoy working out and music can do this for you. Just make sure it’s a genre you like because if you don’t like the style of music then it won’t have the same positive effect on your training.

What are your thoughts about listening to music while working out? I’ve been doing it for years and love it! What’s your favorite genre of music? Reply with a comment below, and thanks for reading this article! How To Update Your Recording Studios To Get The Musical Feel?

Introduction: If you own a business, you must know how important it is to satisfy the customer to get your business to success. Besides the

Music And Arthritis: A Relationship

Introduction: Music can be the primary weapon in improving a person’s mental health, and music creates inspiration and motivation that enables a person to start

How To Update Your Recording Studios To Get The Musical Feel?

Music And Arthritis: A Relationship How to get a loan for musical instruments or a recording studio: Financing Your Musical Dreams